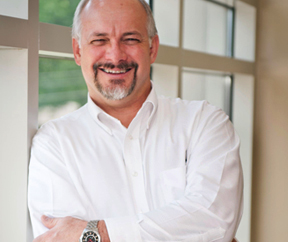 David Kisner has been the Lead Pastor at Washington Heights since 1996. He is a graduate of Cedarville University and holds a Master’s of Divinity degree from Trinity Evangelical Divinity School. Before coming to WHBC, he served as Assistant Director of Christian Ministries at Cedarville University, Associate Pastor at North Baptist Church in Rochester, New York and Senior Pastor at Westmont Bible Church in Westmont, Illinois.

His main responsibility is administering the Word of God during our Sunday morning Celebration Services. He also oversees the church staff, gives vision and direction to the ministry, and counsels individuals and families in crisis.

David and his wife, Wendy, have been married for 37 years. Wendy is a fourth grade teacher in the Centerville School System. They have two children: Amy, who makes her home in Chicago where she is an interpreter for the hearing-impaired, and Nathan, who makes his home in Jacksonville, Florida. 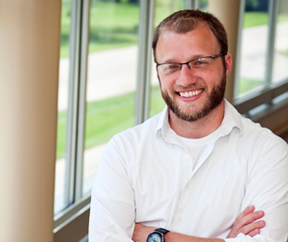 Pastor Justin married his high school sweetheart, Grace. They have 5 children: Cade, Caroline, Charlotte, Levi, and Wesley. Justin grew up with Washington Heights as his home church, but after graduating from Dayton Christian, he started a journey that involved walking away from the church. God used a desire for something more than a career in retail management to draw Justin and his family back to the church and into full time ministry.

Most Influential Book:  (Besides his Bible) A.W. Tozer's, Knowledge of the Holy, literally life changing! 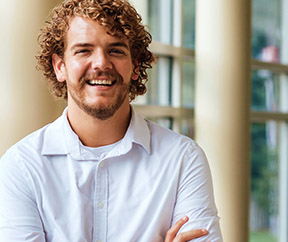 Robert Rhodes is a graduate of Cedarville University (2016) with a double major: a BA in Music and a BA in Worship. He lives in Kettering with his wife, Michelle, who he met while working at WHBC. He manages our Sunday Morning Praise Teams, SALT (Sound and Light Teams), Orchestra, Celebration Choir, Media Team, and more! 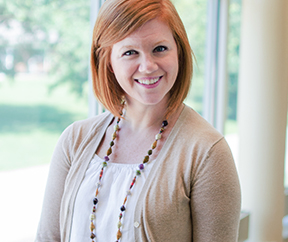 Alia Edem graduated from Cedarville University with a degree in Early Childhood Education and Bible minor in 2003. She spent 6 years teaching first grade and kindergarten in a public school. She also worked a year for Dayton Christian homeschool.

She and her high school sweetheart, Jason, were married at Washington Heights in 2002. They live in Beavercreek with their three children Xander, Lily, and Grace. They also have an overly friendly Golden Retriever, Max, an adopted stray kitty, Turbo,
and a goldfish, Goldie, that their youngest won at the school’s spring carnival. She loves her family and one of her greatest
joys is doing life with them.

Alia has been involved in many of Washington Heights children’s ministries throughout the years including working with the youth group, teaching kindergarten Sunday school, Vacation Bible School, various roles in Awana, as well as, Upward basketball and soccer. She began her official role as JAM City Director in June of 2017.

Hobbies/Interests/Passion: spending time and doing activities with her kids, tagging along on her husband’s business trips when she can, and going to see plays and musicals.

Favorite Verse: Colossians 1:17 “He is before all things, and in Him all things hold together."